Mozambique truly is wild old school Africa, a mecca for safari enthusiast with prime big game and great plains game safaris available in a variety of different regions. The country’s remote wilderness areas with excellent dangerous game hunting opportunities in different types of terrain will cater to the true big game hunter in you. If you have ever dreamt about hunting Africa in its purest form, this is the destination for you. 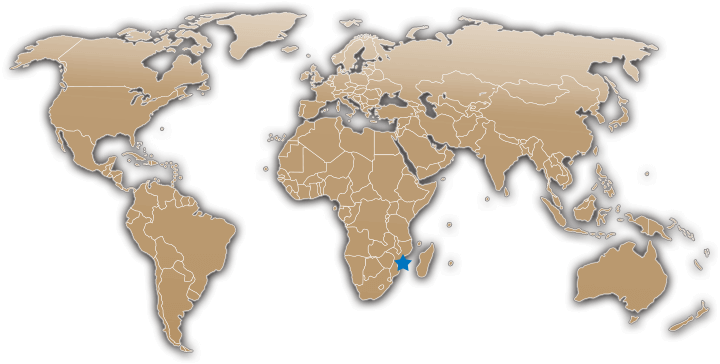 Mozambique is a very long country and therefore has a number of different habitats as well as terrains in different regions.

With nearly 1,500 miles of coastline on the Indian Ocean to the east, it borders Tanzania to the north, Zambia and Malawi to the northwest, Zimbabwe to the west, and South Africa to the southwest. A vast plateau covered with savannah and open Miombo woodlands rises up towards the mountains in the west and north and accounts for nearly half of the total area of Mozambique. The western and northern highlands are patched with dense forests. The Zambezi is the largest of the 25 main rivers flowing through Mozambique into the Indian Ocean. This rich and varied habitat, with relatively small human population, has enormous potential and is today a prime safari destination for high quality and high success big game hunts.

Niassa Reserve is the largest game reserve in the country

Mozambique is famous for outstanding hunts for cape buffalo, sable antelope, leopard, lion, hippo and big crocodiles. In the north, the hunting is virtually indistinguishable from hunting in neighbouring Tanzania. The vast Niassa Reserve is the largest game reserve in the country, at nearly 20,000 square miles. It is surrounded by hunting concessions, where lion, leopard, elephant and buffalo are numerous. Further south the mighty Luganda River supports additional hunting concessions, where buffalo, sable, kudu, Niassa wildebeest and leopard are common. The primary hunting areas in the famous Zambezi Delta, now boast the largest herds of cape buffalo in southern Africa today, as well as high populations of sable, as well as nyala, waterbuck, kudu, bushbuck and reedbuck. The thick sand forest of the Delta is the best place in Africa to take a suni, both blue and red duikers, and it also has extraordinary warthogs. The areas along the boundary of the famous Kruger Park in neighbouring South Africa hold good numbers of plains game as well as cape buffalo.

JR Hunting’s partner in Mozambique is one of the country’s finest operators, with a great selection of hunting areas to choose from. Safaris are conducted with the requirements of each client in mind, hunting the areas that will most likely produce the best trophies of the desired species. Specialising in dangerous game hunting safaris for cape buffalo, leopard, wild lion & huge crocodiles, our outfitter in Mozambique with his prime safari areas and experienced professional hunters and staff have constantly delivered exceptional results.

Wake up to the whooping calls of hyena, hippo and lion to realise that this is what a Mozambique hunting safari is meant to be. After a long day of hunting in the remote wilderness, relax around a crackling fire on the banks of the Zambezi, lake Cahora Bassa or amongst the Miombo Woodlands in our remote camps in Niassa.

Our areas located on the north bank of lake Cahora Bassa and on the Zambezi river have proven to be world class when it comes to Nile crocodile, leopard, chobe bushbuck, hippo and several other species. The idyllic north bank of lake Cahora Bassa and the Zambezi consists of hilly to mountainous country with small ravines, springs and larger rivers which cut through the terrain.

Mozambique is the perfect off the beaten track destination to discover some untouched natural beauty where only pristine wilderness, remote nature and a spectacular numbers of wild game will meet you as you set off on your personal African safari adventure. Our camps offer rustic African luxury with pools to cool off from the tropical heat, spacious walled rooms with African style safari tent or chalet accommodation as well as outdoor fire areas to enjoy sipping a sundowner while listening to the sounds of the African bush. Drinks and meals are prepared and served by our very friendly and helpful camp staff.

Deep-sea fishing expeditions along the Mozambican coastline are exceptional with the Bazaruto Archipelago recognised as one of the best destinations in the world for black marlin, with numerous catches over 1,000 pounds. Deep sea fishing in the paradise of the archipelago of Vilanculos and the surrounding islands is a short flight away from any of our safari areas. This magic costal town provides the discerning fisherman an opportunity for marlin, sailfish, wahoo and tuna with our own fishing specialists. This truly is paradise in one of the most scenic and relaxing places in the world.

Mozambique offers perhaps the best value in dangerous and big game hunting in Africa today. As great parts of this country remain remote and undeveloped, Mozambique provides great diversity and holds high density when it comes to game species such as leopard, lion, sable, buffalo, crocodile and hippo. We can only recommend you to come and hunt with us in the beautiful and remote wilderness of Mozambique and enjoy the people, great service, comfortable accommodations, excellent food and unique hunting areas our outfitter has to offer! Just as much as JR Hunting is committed to providing the highest level of customer satisfaction in the industry, our partner in Mozambique will take excellent care of you as a client.

JR Hunting will assist you with all the necessary rifle import and visa paperwork prior to your hunt in Mozambique. If you do not wish to bring your own firearm, rental rifles are available and we have several different calibers you can use. 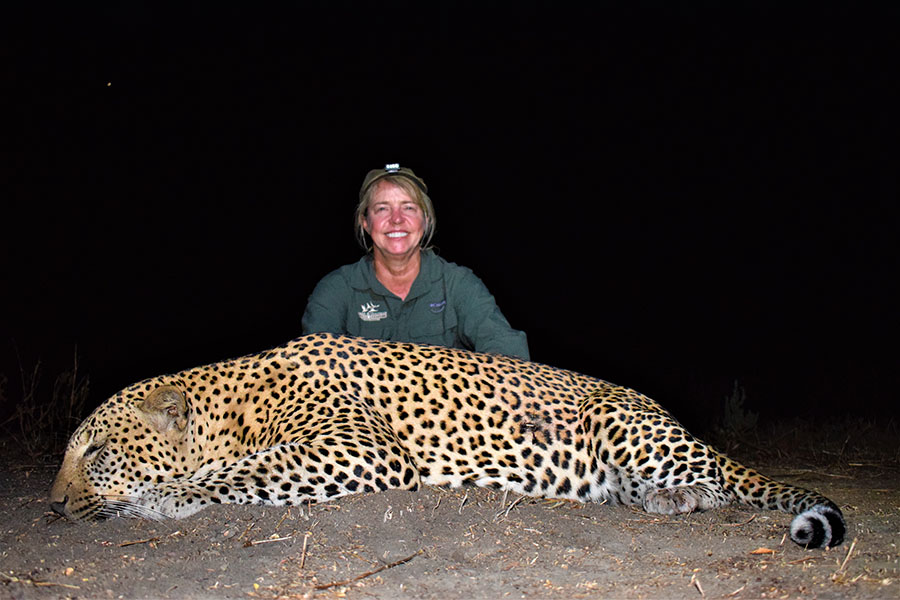 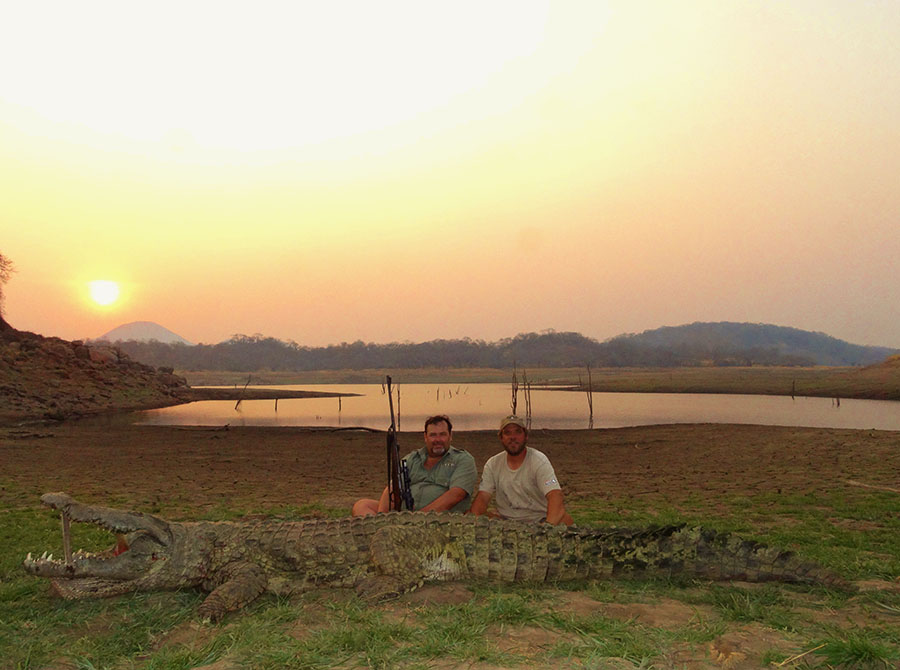 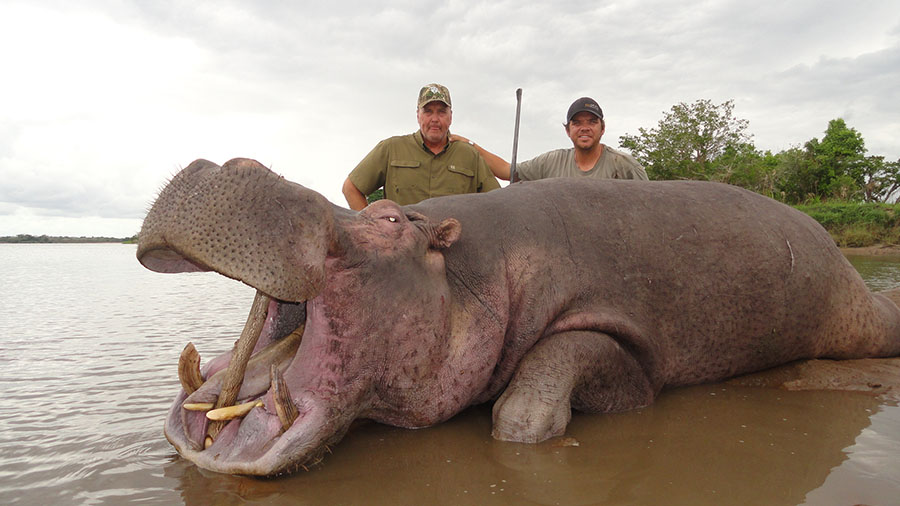 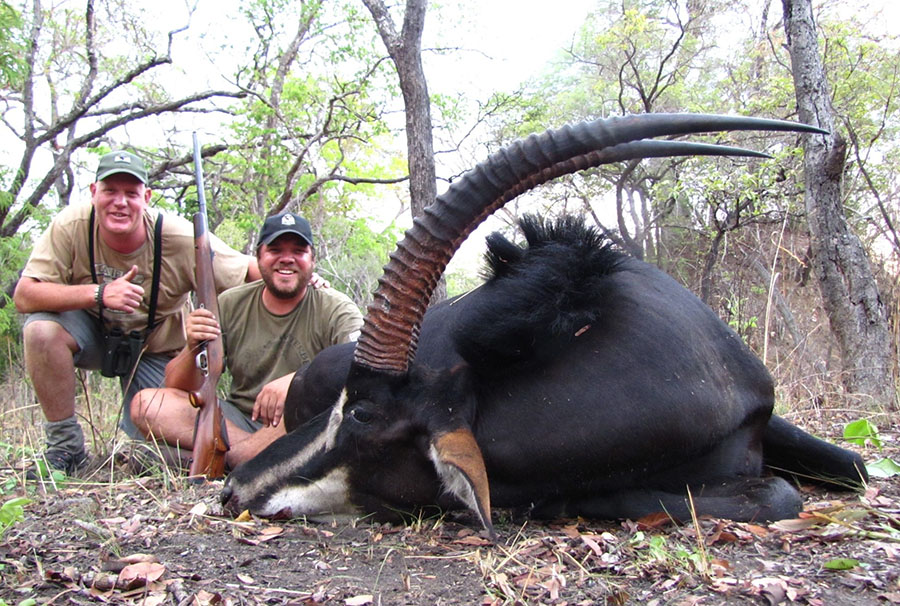 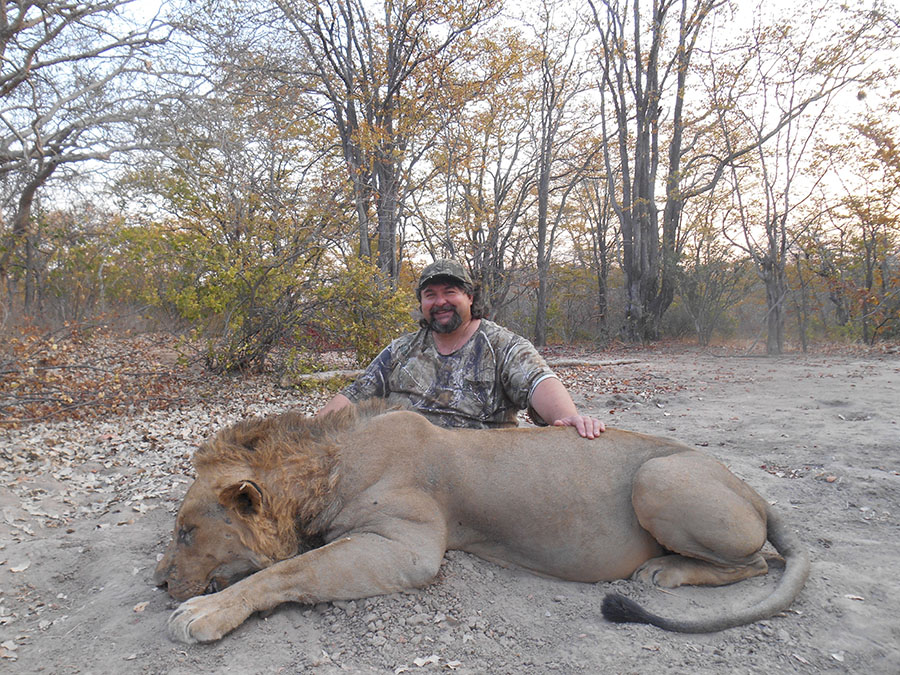 So if you are interested in a hunt with us in Mozambique, please do not hesitate to contact us for more information about prices, accompanied hunting trips and available hunting dates! Do not forget to check out more pictures from our Mozambique hunts in the JR Hunting photo gallery!