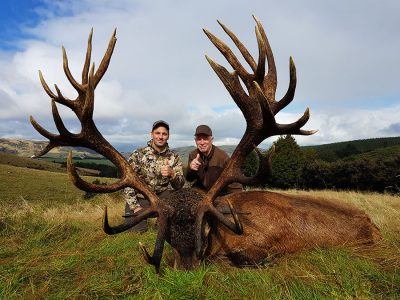 I have hunted in Sweden for over 30 years and I was looking for something different this time. New Zealand caught my interest and after thorough research och chose JR Hunting for this hunt. I had high expectations before my trip and they were exceeded by miles. We hunted on approximately 20,000 acres of private land and everything was very well organized. My hosts and local guides did everything in their power to make my stay as comfortable as possible. The number of big red stags and fallow bucks that we located was extraordinary. I managed to harvest one of each.
Yogi from JR Hunting accompanied me on this hunt and he was a big part of the positive outcome. A large trust was established and more hunting trips with JR Hunting in the future are inevitable. I can highly recommend hunting in New Zealand with JR Hunting 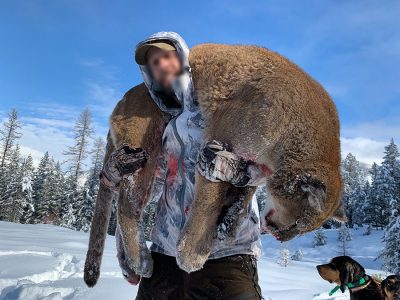 Thank you JR for this amazing hunting trip! This was the second time we hunted with JR Hunting in British Columbia. Once again, it was a great experience! Very skilled guides, beautiful scenery, good food and great service. I had the hunting gods on my side again this trip as I was fortunate enough to take a beautiful bobcat, a huge mountain lion as well as a wolf on the last day of the hunt! This is the second hunt in a row now with JR Hunting that I have been able to harvest a wolf. Awesome! I can highly recommend JR Hunting. 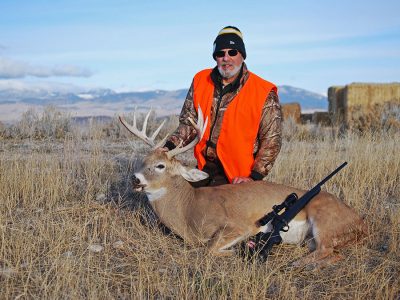 Thanks Yogi, Montana was a beautiful hunt location! The deer were plentiful and the only difficulty of this hunt was deciding which deer to harvest. Accommodations were comfortable and convenient. Local meat processor and taxidermist were nearby and reasonable. Had a great time, looking forward to hunting with you again! 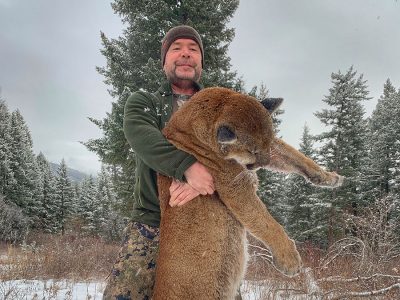 My dream came true. En big mature tom was harvested after a spectacular mountain hunt in the snow covered wilderness of British Columbia. This was my first trip with JR Hunting. Yogi’s philosophy “hunting with friends” was on point. Awesome guides with their great hounds who’s deep sounding barks filled the mountains with excitement and made my heart race! Everything was organized perfectly. I can highly recommend this cougar hunt in BC with JR Hunting! 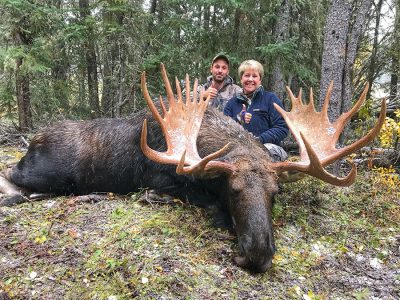 Once again, I had the privilege to hunt moose with my friend and guide Yogi Rausch of JR Hunting in northern British Columbia. Yogi is a very experienced guide who I trust and am super happy to hunt with. I spent 10 days experiencing moose activity almost daily and because of my guide, I was blessed to harvest a beautiful bull. He made my hunt his priority and because of that and his positive attitude, I will continue to hunt with him. I highly recommend him without reservation! Great times & Great Memories! 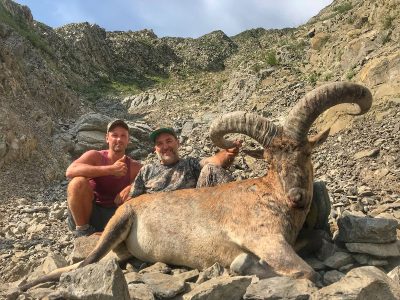 One can definitely speak of a “no worries package when booking and hunting with Yogi from JR Hunting. A hunt in Azerbaijan can be very hard on the hunter and his gear and to be successful in harvesting a sought-after trophy in this challenging terrain requires perfect organisation and preparation. All this was provided perfectly by Yogi and his local crew. I am very thankful for this unique experience and am already looking forward to future hunting adventures with Yogi. Thanks Azerbaijan, thanks JR Hunting! 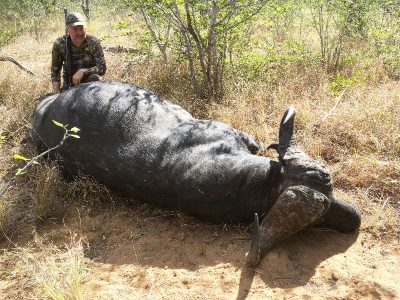 We are satisfied! Nice camp and good food, great area, walk and stalk hunting like we wanted, great guides and trackers and awesome trophy quality! The PH was a great guy and very skilled in the important situations! Camp staff did a great job! And we were also able to experience many things apart from the hunt itself. 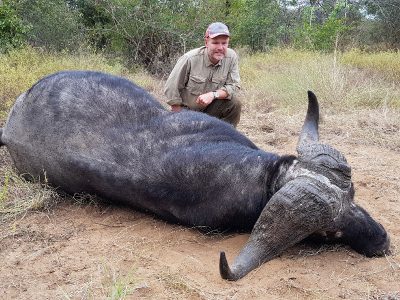 Very intense and exciting hunt in WILD Africa. Big buffalo, hunted the way they should be hunted! Great food and service in a nice camp, great guides and trackers. A dream for many years that has finally been realized! 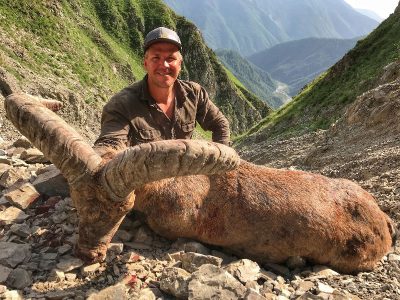 Once again my hunt with Yogi and the local team did not disappoint. I had the privilege of experiencing a beautiful environment, enjoyed great local hospitality, made an awesome friend and got me a cracking trophy Tur. Thank you JR Hunting and see you next year!! 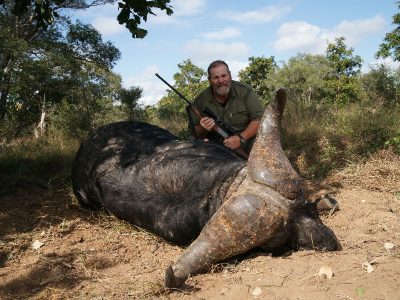 If my memory is correct it was late April and the year was 2000 and I was Yogi’s very first client to guide solo. We were after one of them monster New Zealand fallows and Yogi did not disappoint. Fast forward 18 years and Yogi did it again, accept this time it was in Mozambique. You could not have asked for a better put together trip and that was a direct result of Yogi and his professionalism. The trip was everything he said it would be and the icing on the cake was a big old Dagga Boy. I could not have asked for anything more and being my first trip to Africa, Yogi made it all work smooth as silk. In my book, Yogi comes highly recommended. 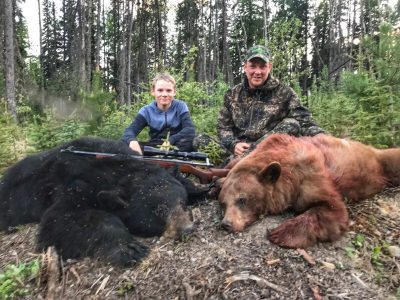 During spring 2018 the hunt I had dreamt of for many years finally came true. I scouted the internet for options and quickly decided to chose JR Hunting as the organiser of my hunt, something I do not regret! Yogi always answered my many questions very quickly.
At the end of May, my 12 year old son and I traveled to Canada, where we met the very skilled outfitter who guided us during our hunt in some breathtaking terrain. Luck was on our side and we managed to harvest a bear each, one black bear of about 7.2 feet and one colorphase cinnamon black bear. A memory of a lifetime! If you are considering black bear hunting in Canada, I can highly recommend JR Hunting! 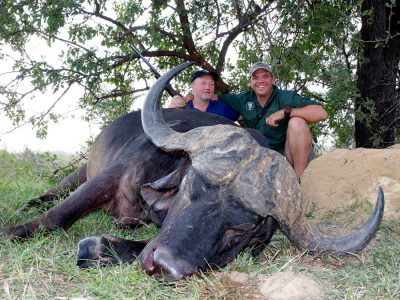 Thank you for a great and exciting hunting experience in South Africa. 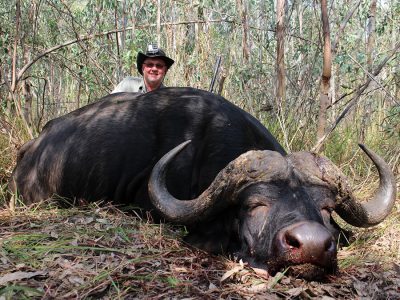 A great welcome and nice accommodations. Beautiful wilderness with lots of game and great hunting. Nice camaraderie with our skilled trackers and PHs. I will gladly return! 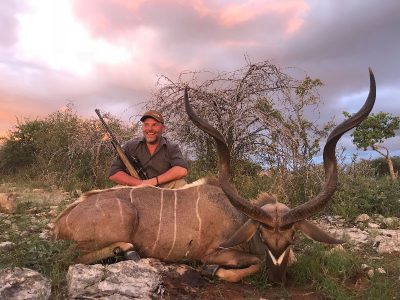 A big thank you for everything to JR Hunting and Yogi for a fantastic trip and really great hunting experiences in Namibia and also for a very well organised hunt! We can highly recommend JR Hunting as a booking agent if you want to experience great hunting in Namibia. We are already thinking about coming back here in the future. 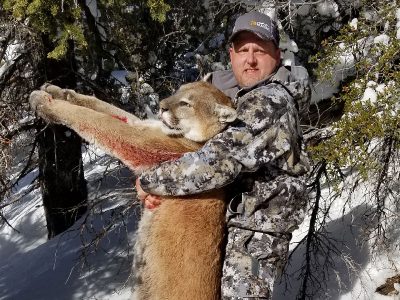 My wife and I have met Yogi before on a previous hunt, but never got the privilege of actually hunting with him. At the SCI show we stopped by to say hello and to see where he was last. He said he just finished hunting mountain lions just a few hours away. Curious we had to get the details as we didn’t realise it was a big thing in Nevada. After our chat we instantly booked a mountain lion Hunt with Yogi.

Everything went very smooth for us from the day we decided to do this hunt until the day we arrived. Any questions and concerns we had Yogi answered in a very timely manner. We flew into Las Vegas and he made the 4 hour drive to pick us up to make sure it was him and not someone we didn’t know. This was after he had hunted all day long and could have easily turned in for the night and sent someone else. The hunt over exceeded any expectations that we could have ever had. It was very rewarding and something we had to work for, but was a hunt we will never forget.

Yogi isn’t just a guide and business owner, but he is someone who cares about your success and wants you to harvest the most mature animal. You will book your hunt with Yogi as a client, but you will leave your hunt with Yogi as a life long friend and wanting to book more world wide hunts with him. I know we are looking forward to our next adventure that we can hunt with JR Hunting. Book with JR Hunting and you won’t be disappointed. 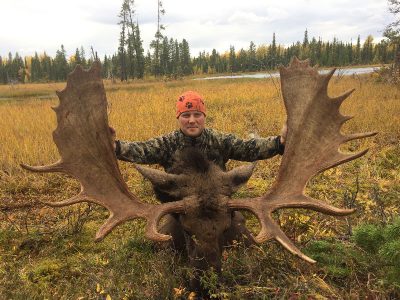 When I had made up my mind to travel to Canada to hunt for moose, I chose JR Hunting. A decision that I am very happy about. Having all these questions about the trip & hunt and being from Sweden, it was very nice to be able to communicate and receive information in Swedish so that I would not miss anything important. Yogi always replied fast and provided me with the necessary information in a very professional way. When I arrived in British Columbia, I was very well taken care of by the local staff.
If you want to experience breathtaking scenery, I can only recommend this trip. To be able to experience the full on moose rut at close range with big bulls fighting over cows is one of the greatest things I have ever seen. Many many thanks JR Hunting for the awesome experience as well as my fantastic trophy bull!

More Destinations
More Photos
About Us
Book Your Hunt